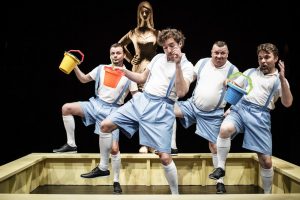 “Dad has a cat” in Centre for Culture in Lublin 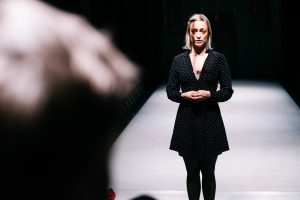 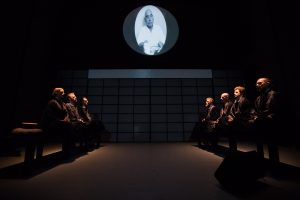 “A recipe for Leonard Cohen” 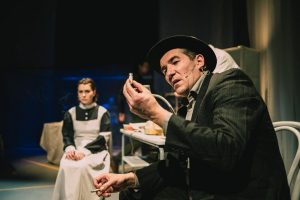 A first episode of the crime series based on a story by Robert Ostaszewski „Ten cholerny wrzesień” compiled in a ...
Read More 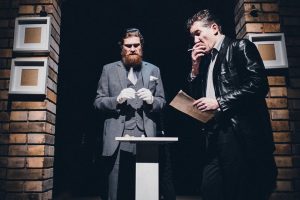 A second episode of the crime series based on a story by Marcin Wroński titled „Złota robota” compiled in a ...
Read More 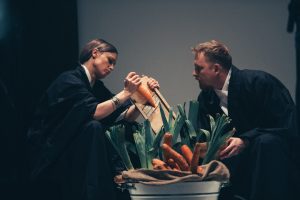 A recipe for Leonard Cohen

In 1994, Leonard Cohen left the show business and civilization to hide in the Zen monastery at Mount Baldy, California ...
Read More 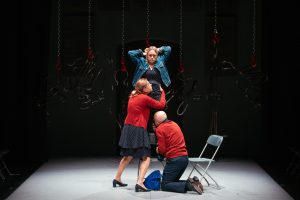 The reunification of the two Koreas

It is a set of short stories about Love – the affection that most frequently has long been dead and ...
Read More 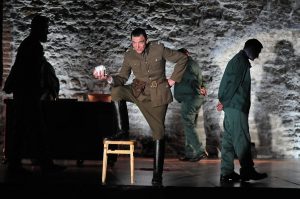 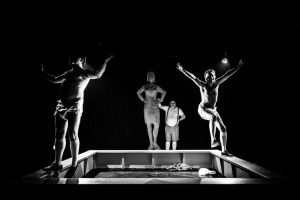 Read with me daddy

The play of Szymon Bogacz directed by Łukasz Witt-Michałowski is the voice of fathers raising their children alone. It is ...
Read More 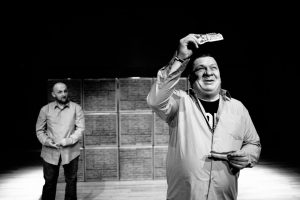 The autobiographical story of Dariusz Jeż, who before appeared on the stage of the theater, was a high figure of ...
Read More 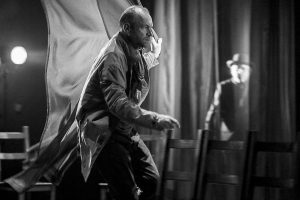 A play directed by Łukasz Witt-Michałowski, based on the story "The Eternal Husband" by Fiodor Dostojewski. During one of the ...
Read More 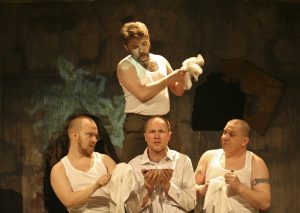 The last such father

The performance is the fourth premiere presented by the InVitro Stage. Based on the text of Artur Pałyga, 'The Last ...
Read More 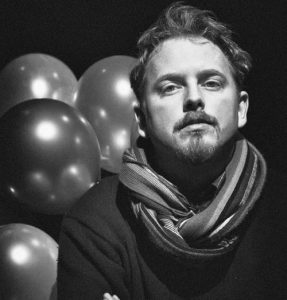 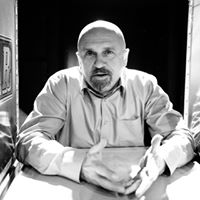 He graduated from the Theater Academy of Aleksander Zelwerowicz in Warsaw at the Department of Puppetry. He performed at the ...
Read more 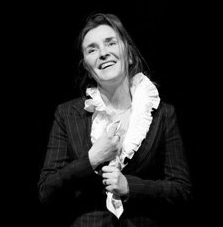 Actress assocciated with the Theater Lalki i Aktora Kubuś in Kielce, she also collaborated with other institutions: Wanda Siemaszkowa Theater ...
Read more 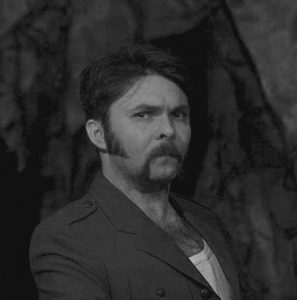 He graduated from the Faculty of Acting at Cracow’s Ludwik Solski Academy for the Dramatic Arts (Wrocław branch). He is ...
Read more 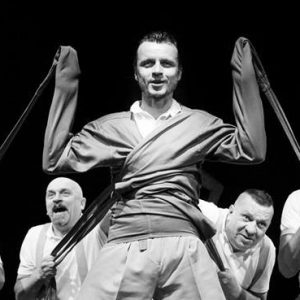 He is a graduate of the Faculty of Acting at the Leon Schiller National Higher School of Film, Television and ...
Read more 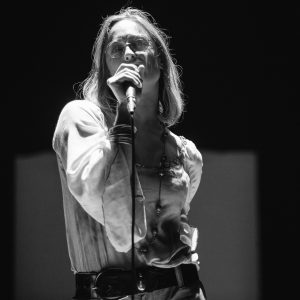 Theatre, television and dubbing actress, lecturer, vocalist, stand-uper. A graduate of the Theater Academy in Warsaw. Currently she can also ...
Read more 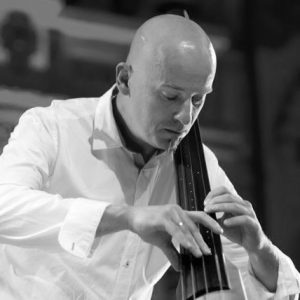 Double-bass player, arranger, composer. A graduate of the Music Academy in Krakow in the double bass class. He is the ...
Read more 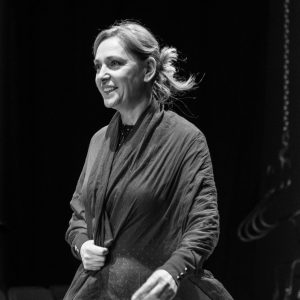 A graduate of the PWST in Warsaw. Actress, director. For over thirty years associated with the Theater H.Ch. Andersen in ...
Read more 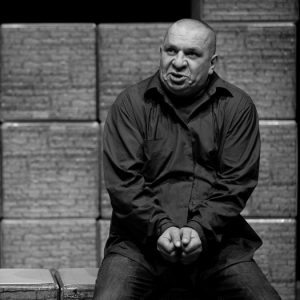 He was noticed while serving a sentence at the Lublin Remand Center in Lublin by Łukasz Witt-Michałowski where he made ...
Read more 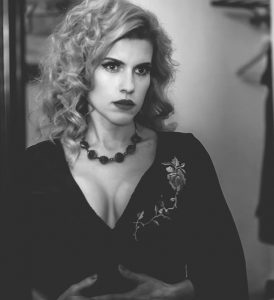 Graduate of PWST in Krakow. She started her career playing at the Bagatela theater, currently performing as a guest actress ...
Read more 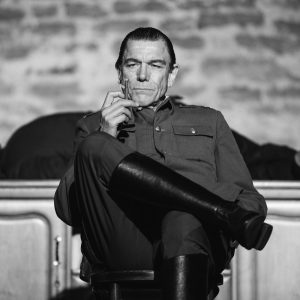 He graduated from the State Higher School of Theater in Warsaw. Film, theater and television actor. He made his debut ...
Read more 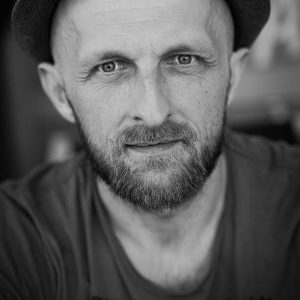 Drama actor - (external exam at ZASP 2012) Graduate of Culture Animation at the Jagiellonian University. He conducts classes of ...
Read more 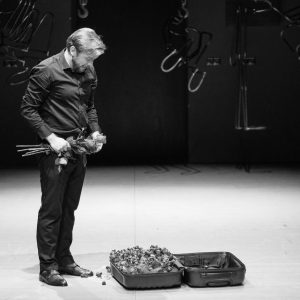 Actor, director, and manager of culture. A graduate of the Wrocław Acting Faculty at the State Theater School in Krakow ...
Read more 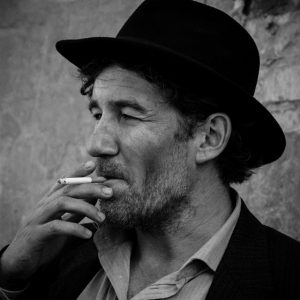 Graduate of the Acting at the Łodź National Film, Television and Theater School. He made his debut on the stage ...
Read more

Grand Prix, or Grand Audience Award – XLIII Review of Small Theater Forms KONTRAPUNKT in Szczecin (2008). Performance “Stones in pockets”
Individual award for the music to the performance, a collective distinction for the creators of the performance “Nothing human” – XIV Polish Competition for the Display of Polish Contemporary Art set up by the Minister of Culture and National Heritage (2008)

Team award for the author, creators and the performers, individual award for Łukasz Witt-Michałowski for directing, recommendation for displaying on the National Theater stage and for registration by TVP Kultura XV National Competition for the Display of Polish Contemporary Art appointed by the Minister of Culture and National Heritage (2009 ) Performance “The Last Such Father”

Award for the director, the author of the text and the author of music and the actors
at the 8th Premiere Festival in Bydgoszcz (2009) Performance “The Last Such Father”.

Golden Badge of the Minister of Justice for Łukasz Witt-Michałowski for merits in penitentiary work for the project “Under the clink” Theater, in which he made the spectacle “Lizystrata” (2009)

Award of festival jurors, Audience Award and Journalists’ Award for Łukasz Witt-Michałowski at XII National Festival of Directing “Interpretations” in Katowice (2010) Performance “The Last Such Father”

The In Vitro Stage received the City of Lublin Award for disseminating culture in 2010.

Golden Award of Audience at the XVII Festival “Faces of the Theater” in Polkowice Śląskie (2016) for the role of Wielczaninow in the performance “Liza” for Mariusz Bonaszewski.

Individual Award at the 17th Festival of Contemporary Dramaturgy “Reality Presented” in Zabrze. The play “Reunification of the two Koreas”