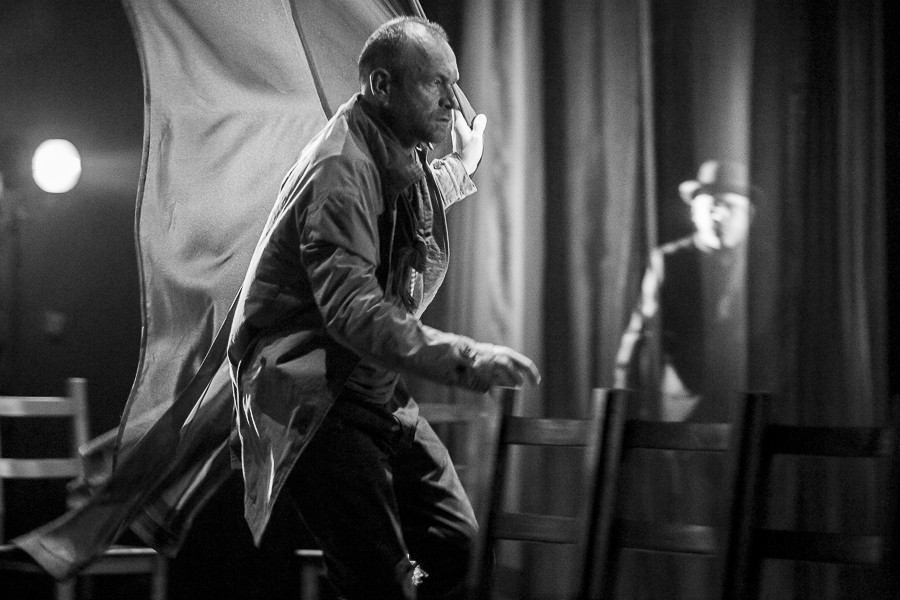 A play directed by Łukasz Witt-Michałowski, based on the story “The Eternal Husband” by Fiodor Dostojewski.

During one of the sleepless nights, to Aleksy Ivanovitch Wielczaninow ‘s door (Mariusz Bonaszewski) is sneaking up Paweł Pawłowicz Trusocki (Jaroslaw Tomica), reminding him of painful fragments of the past.

An intruder, citing the old friendship with his deceased wife, pulls him in a twisting, perverse game in which at stake is a girl, a few years old Liza – the fruit of the romance of Aleksy Ivanovich with Trusocki’s wife . Liza, an abused, tormented, intimidated, forced out of her familiar environment and abandoned, she becomes a victim of an incomprehensible for a child, conflict of the adults.

“Liza” is a study of the child’s suffering in an unaccountable world without fixed support points.

The performance had it’s premiere in 2013 and got excellent reviews.