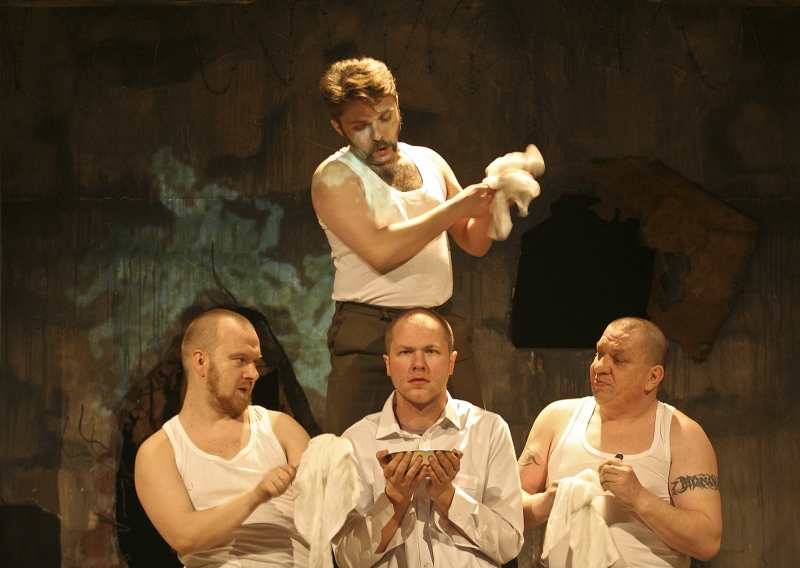 The performance is the fourth premiere presented by the InVitro Stage. Based on the text of Artur Pałyga, ‘The Last Such Father’, he takes up the difficult subject of fatherhood and the man’s role in the modern world. As the creators explain, “our fathers were the last fathers, after them only silence and mommy’s partners. Dad. Daddy. No one will now say – father, unless half-joking, half-hearted, and which no longer matters.”

The paternity crisis is shown perversely. A bold, sharp art with a touch of poetic symbolism and grotesque, which allows to interpret drama as a universal story.

author: Artur Pałyga inspired by “A letter to his father” by Franz Kafka