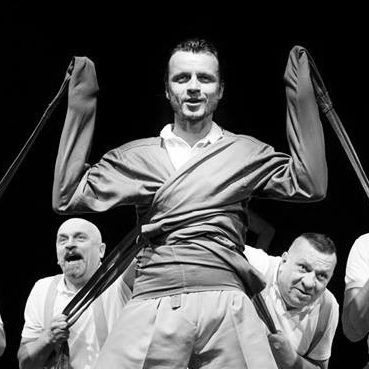 He is a graduate of the Faculty of Acting at the Leon Schiller National Higher School of Film, Television and Theatre in Łódź. For many years he was associated with Teatr Studio in Warsaw. He has also appeared on the stage of Na Woli in Warsaw, Łódź Stowarzyszenie Teatralna – Teatr 77 (Theatrical Association – 77 Theatre), Warsaw’s Teatr Żydowski (State Jewish Theater), Teatr Rampa, Laboratorium Dramatu (Drama Laboratory).

Currently, he is a regular performer on the stage of Teatr Polonia and Och Teatr in Warsaw, as well as on The Na Woli stage of the Dramatic Theatre in the show “Our class” („Nasza klasa”), written by Tadeusz Słobodzianek and directed by Ondrej Spisak, he received an award for this role at the 51st Kalisz Theatre Meeting (the festival of Actor’s Art). He has also appeared in Gordian Maugg’s film “Zutaten fur traume” and in various tv-series.