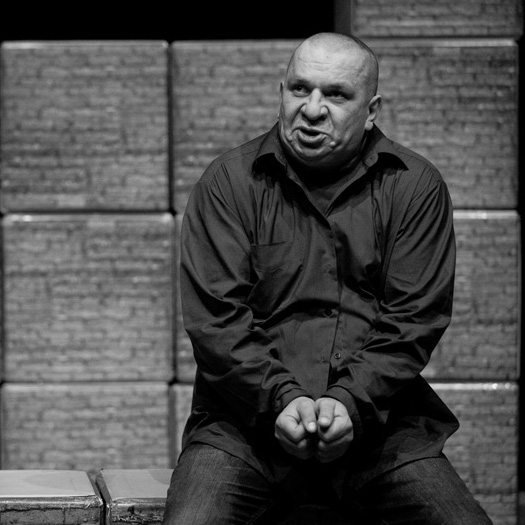 He was noticed while serving a sentence at the Lublin Remand Center in Lublin by Łukasz Witt-Michałowski where he made his debut in the “Lysistrata ” produced as part of the “In the Clink” theater project. Thanks to the meeting with art he changed his life and today he plays one of roles in the autobiographical spectacle – “Bad”.

Other InVitro plays in which he performed were: “The last such father”, “Dad has a cat”, “Pogrom”. He also appeared in the movie “King of Life” and more recently in the HBO series “Blinded by the lights.”